Florida Motorcycle Accidents Can Be Deadly 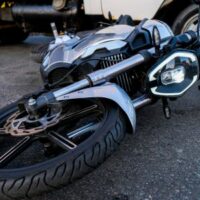 According to the National Highway Traffic Safety Administration (NHTSA), approximately 5,000 motorcyclists died in fatal traffic accidents in 2019, which makes them overrepresented in the overall totals. In Florida, 517 motorcyclists died in 2020, which makes up about 15 percent of all traffic deaths despite motorcycles representing a far smaller fraction of the vehicles on the road. There are many different reasons for this, but perhaps chief among them is simply that motorcycles are much smaller and lighter vehicles than cars, and provide far less protection for their riders.

Because of that proportional lack of protection for riders, injuries in motorcycle accidents are more likely to be serious than those sustained in car accidents, which means that an injured motorcycle rider will likely have significant medical bills to pay. Certainly not every motorcycle crash is due to an automobile driver’s negligence – but if yours happened because another driver was reckless, you have the right to seek compensation not only for your bills, but also for lost wages, pain and suffering, and potentially more.

If you believe you have a case against the person who allegedly caused your injuries, you would file suit in the same way as any other negligence case. Essentially, you must establish that the driver breached their duty to exercise reasonable care toward the other people using the road, and that you were injured directly because of that breach of duty, with no other intervening cause. Know that even if you were partially at fault, Florida law generally permits a plaintiff to recover if it would be appropriate for them to do so.

One important thing to be aware of when dealing with Florida motorcycle accidents is that personal injury protection (PIP) coverage does not apply to motorcycle riders; it only applies to four-wheeled vehicles. If you are riding your motorcycle and are involved in a crash with a car or truck, you are permitted to file suit against them if you believe they were negligent, unlike in auto accident cases, where Florida’s no-fault insurance system governs. This may make things slightly more complex in terms of receiving a settlement, simply because going through the civil lawsuit process can become bogged down in details.

Being injured in a motorcycle accident can lead to long-term life changes, and the bills to come with it. You deserve a chance to seek compensation from those responsible. Calling an Orlando motorcycle accident attorney from the Hornsby Law Group can help to start the proverbial ball rolling. We are happy to try and assist you. Call our offices today for a free consultation.