Is PTSD A Compensable Injury Under Workers’ Compensation Law? 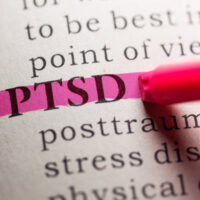 The U.S. Department of Veterans’ Affairs (VA) estimates that about 6 of every 100 people have experienced posttraumatic stress disorder (PTSD) at some point in their lives, with as many as 15 million people being affected per year. That said, despite its relatively commonplace occurrence, PTSD is not generally compensable under workers compensation law, with rare exceptions. If you have developed PTSD and you believe it is related to your work, consulting an experienced attorney may help illustrate your options.

In general, PTSD and other mental health-related issues are not covered under workers’ compensation law, because it is very difficult to establish a tangible baseline for such an injury, and arguably more difficult for employers to satisfy themselves that the PTSD actually prevents the employee from working. These types of conditions vary greatly in terms of how they present, and without a specific list of symptoms to point to, legislators deemed mental health issues too vague to appropriately cover under workers’ compensation.

That said, after the 2016 mass shooting at the Pulse nightclub in Orlando, discussion began on whether Florida’s workers compensation law should be changed. Over 100 people were killed or injured, and first responders were profoundly affected by some of the events they witnessed. After the club had been cleared, eight men from the Orlando Police Department were detailed to gather evidence and handle the remaining bodies – at least one officer was diagnosed with PTSD as a result of such duty, but was denied workers’ compensation coverage.

Two years after the Pulse shooting, Florida legislators changed state law to grant coverage for PTSD, but only for first responders, and only if they meet certain very specific criteria. In normal Florida case law, someone who develops PTSD or another psychiatric condition after trauma may be able to file suit for negligent infliction of emotional distress, but only if it is coupled with physical distress – for example, grief or shock leading to a heart attack after a loved one is killed. If someone’s injuries are purely mental or emotional, they are usually not compensable – but first responders are now an exception to the rule.

One thing to keep in mind is that while the average person may only think of police and fire service members as first responders, Florida law does expand the definition. Under the relevant law, police and fire personnel may file for PTSD to be covered under workers’ compensation, but other workers may, as well. Examples include paramedics (employed by any government, state or local), emergency medical technicians (EMTs), and volunteer law enforcement professionals.

The Pulse shooting was a horrific tragedy that left countless people forever changed. Covering PTSD as an occupational disease for first responders is a good first step, but if you work in another profession, you may feel at a loss. Calling an experienced Orlando workers’ compensation attorney from the Hornsby Law Group may be the first step toward your getting the help you need. Call our offices today for a free consultation.