Motorcyclists Are In More Danger On Florida Roads 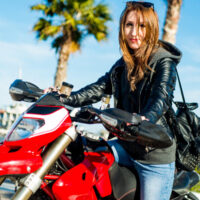 Data from the National Highway Traffic Safety Administration (NHTSA) estimates that if a motorcyclist is involved in a road accident, they are roughly 29 times more likely to die than auto drivers or passengers. There are a host of reasons for this, but whichever might apply in one specific case, the fact remains that motorcyclists often incur massive medical bills if they are injured in a car crash. If this has happened to you, you deserve an experienced attorney on your side who can tell you what your options are.

The majority of accidents involving a motorcycle are caused by reasons that can be traced back to other drivers – for example, many accidents occur because of auto drivers’ failure to exercise due care – speeding, using substances, or failing to grant the right of way to a motorcycle are some of the more common. This is not to say that motorcyclists always drive perfectly, with no flaws – but on the whole, drivers are much more likely to ignore a motorcycle’s presence than the reverse, which can and does cause serious injuries.

Even if the motorcyclist does everything perfectly, they will still likely face serious injury if they are involved in an accident with a car; simple physics shows that a motorcyclist will take the entire brunt of the collision, while the driver and any passengers in the car have seatbelts and the car’s structure to protect them. If one examines Florida’s motorcycle accident statistics, 2019 data estimated that approximately 8895 motorcycle crashes occurred, with 550 deaths being recorded (approximately 6 percent, while the fatality rate for traffic accidents in general was less than 1 percent, at about 0.079%.

You Will Often Be Able To File Suit

If you have been involved in a Florida motorcycle accident, and experienced severe injury as a result of someone else’s negligent actions, you have the right to seek monetary compensation from them. While Florida has a no-fault auto insurance system, which would normally shunt non-serious accident claims away from being tried in the courts, only those who drive four-wheeled vehicles are required to carry personal injury protection (PIP) insurance; if you only own a motorcycle, the PIP requirement will not apply to you and you can simply file suit in the appropriate court.

Thus, if you have been through an accident with a vehicle driver, you have the right to file suit against them under a theory of negligence. If you can establish that the driver owed you a duty to exercise reasonable care, and they failed to do so, which in turn caused you injury, you stand to recover. That said, the court may hold you partially responsible for your own injuries if there are grounds to do so; this does not mean that you cannot recover, but it means that you might recover minus your percentage of fault.

Motorcyclists are essentially at the mercy of auto drivers while on Florida roads, and if an accident happens, they stand a very high chance of sustaining a life-changing injury. If this has happened to you, contacting a Winter Park motorcycle accident attorney from the Hornsby Law Group can be the difference between getting your bills covered and not. Call our offices today for a free consultation.