Can Workers’ Compensation Ever Be Terminated? 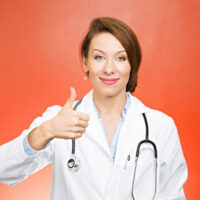 Workers’ compensation coverage is, essentially, a safety net for employees. If you are injured at work, in theory all you need to do is complete some paperwork and you will be able to have your injury covered by your employer’s insurer, plus you will usually be granted up to 66 ⅔ percent of your average weekly wage while you take time to recover. However, it is possible in Florida (though unlikely) to have your workers’ compensation benefits revoked in certain types of cases. If you have had this happen to you, consulting an experienced attorney may help you get the recovery you deserve.

Legitimate Work Injuries Should Be Covered

In general, a work injury will be covered under workers’ compensation if two criteria are met: (1) that the accident occurred either on your employer’s premises or while you were on an outside errand for your employer; and (2) the injury is accidental, not deliberate on your part or anyone else’s. For example, if another employee pushed you into the path of a machine, you would not be entitled to workers’ compensation in that situation, even if the injury occurred at work – instead, you would file a civil lawsuit against her for battery, among other potential charges.

If a legitimate work injury claim is denied by your employer’s insurer, you can appeal to them or you may be able to file an appeal called a Petition for Benefits with the Office of the Judges of Compensation Claims (OJCC). Another potential method to handle the dispute is alternative dispute resolution (ADR), which usually involves a neutral third party deciding the outcome. However, if there are suspicions that your claim is fraudulent, you may face either termination of benefits that have already been awarded, or potential liability and charges for attempted insurance fraud.

Termination of Benefits Due To Noncompliance

Having your benefits terminated unilaterally is not the same as having your application initially denied. Termination while a worker is still legally able to receive benefits is rare, but it does happen, usually because of a mistake or a choice on the part of the worker. For example, if you refuse the treatment recommended by your physician, or generally go against medical guidance, it can be interpreted as an unwillingness to recover (and, by extension, go back to work). Sometimes this is referred to as malingering.

Another common reason for termination of benefits is if a worker refuses to work light duty after they have been medically cleared to do so, or refuses to use safety appliances or other safety equipment while doing so. Both of these can be seen as evidence of malingering as well; in general, workers’ compensation benefits are intended to be seen as temporary (unless your injuries are long-term, with little to no chance of total improvement) – any inclination you might display to continue living off benefits instead of working is seen as persuasive evidence of bad intent.

The strong majority of workers’ compensation cases in Florida are approved, and benefits disbursed as they should be. However, your employer’s insurer has the right to terminate your benefits if you breach the unspoken contract between you – in exchange for benefits, the injured employee must comply with the treatment and take care for their own safety. If you have questions or concerns, contact an Orlando workers’ compensation attorney from the Hornsby Law Group – we are happy to try and assist you. Call our offices today for a free consultation.