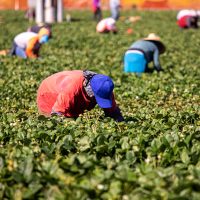 In most situations when a worker is injured on the job, they can report the injury to their employer and receive benefits under their employer’s workers compensation insurance, assuming their employer is required to carry it. However, this scenario is unlikely for the thousands of undocumented workers in the Sunshine State. A distressing number of employers will hire undocumented workers, only to unceremoniously fire them if they are injured on the job. If this has happened to you, know that you do have options to try and recover for what you have been through.

Data from the Pew Research Association estimates approximately 775,000 undocumented immigrants made Florida their home as of 2016. Under U.S. immigration law, one must hold the appropriate papers to be able to work in the country – for example, a work visa, or a Permanent Resident card. However, thousands upon thousands of undocumented people manage to find work, either with an employer who is willing to overlook a lack of documentation, or by using a fake ID or Social Security number.

Despite the laws barring undocumented people from working, they are protected in the workplace if an employer continues to retain them as an employee. Any discrimination against a worker on the basis of their immigration status is actionable, even if the person has no right to be working in the first place. This may seem counterintuitive, but it is the employer who chooses to hire or retain a worker who may not have proper authorization, and it is the employer who must cover their unforeseen expenses.

An investigation by the Naples Daily News in 2018 revealed that the practice for many of Florida’s employers is to hire workers from staffing agencies that may or may not have the proper documentation to work (and most never check). If an undocumented worker is injured on the job, and they have used a fake ID or Social Security number to gain employment, they can be charged with a felony, which in turn is grounds to deny workers’ compensation benefits. It also often results in deportation proceedings, as most felonies will render an immigrant either inadmissible (not able to be admitted legally to the U.S.) or deportable (which is fairly self-explanatory).

If you believe that you have been denied benefits due to your immigration status, know that you have the right to file a claim against your employer even if you are in immigration proceedings or are deported. There is no citizenship requirement to file a lawsuit or a complaint with relevant authorities. While each case is different, it is very possible that you could recover the benefits you should receive.

While it is true that undocumented immigrants should not be working in the United States, they are owed the same protections as any other employee if a company decides to take them on. If you have been injured at work and are being denied benefits, calling an Orlando workers’ compensation attorney from the Hornsby Law Group may help to answer any questions about what to do from here. We are happy to try and assist you. Call our office today for a free consultation.