What Is A Traumatic Brain Injury? 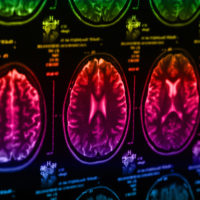 In this day and age, when people hear about traumatic brain injuries (TBIs), they tend to associate the term with athletes, in particular with the National Football League (NFL) and its players, given the links discovered between the sport and several types of TBIs. However, in reality, TBIs occur due to many different issues, and can even happen in innocuous situations. When they occur due to another person’s negligence, however, they can often be actionable, and a knowledgeable attorney can help you obtain compensation for the harm you have been through.

While many labor under the misapprehension that TBIs must come from some kind of severe impact like being tackled, in reality, any kind of shock to the head can cause one if the right angle is struck. The Mayo Clinic lists previously seen causes of TBIs, some of the most common being falls (especially in the elderly and very young children), vehicular accidents, violent crime, and sports-related injuries. Explosives-related TBIs are also common in those who spend time around such ordinance, like soldiers.

It is worth mentioning that any TBI, no matter how relatively minor, is worth being examined by a medical professional. Even a minor jolt to the head may lead to significant symptoms presenting themselves later on – issues like sensory sensitivities commonly do not appear immediately after head trauma, and may appear as long as weeks after the event. Seeing a medical professional as soon as possible after head trauma is simply being safe.

While it is sadly possible for someone to give themselves a TBI, it obviously will also happen due to the negligence or recklessness of someone else. If this applies to your situation, you would likely seek to bring suit against them under a theory of negligence. If your TBI came from being the victim of a crime, the person may also face criminal charges, but only the state can bring a criminal case – private citizens bring suits for money damages, not to impose jail time. It is possible for someone to be found civilly liable and criminally guilty for the same action.

To successfully bring suit against the person who caused your TBI, you must show four criteria have been met: 1) that a duty to exercise reasonable care existed between you and the defendant; 2) that duty was breached; 3) that the breach of the duty was caused by the defendant’s conduct and nothing else; and 4) that you suffered actual harm because of it. In other words, you must show that where a reasonable person would have been careful, the defendant was not, and because of their actions, you were harmed. Be advised that even if you are successful, however, you may receive less than your requested award, because Florida follows what is called comparative negligence – however much you are deemed at fault, any award you receive will be decreased by that percentage.

Any brain injury can be serious and life-changing if not appropriately handled. If you have been injured due to someone else’s negligent conduct, speaking with an experienced attorney can help you decide how best to proceed. The Winter Park brain injury attorneys at the Hornsby Law Group are happy to try and assist you with your case. Call us today at 866-300-5468 to set up an appointment.