Explaining The Statute Of Limitations In Florida Medical Malpractice 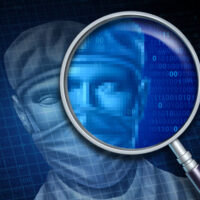 If someone has been injured due to the alleged negligence of a Florida medical professional, they may not immediately contemplate filing suit, particularly if the injury is severe. However, time is unfortunately of the essence in most medical malpractice cases, and a failure to immediately initiate proceedings can prevent you from recovering. This is due to a Florida law referred to as the statute of limitations. While there are exceptions to the statute, in most cases an injured plaintiff has only 2 years from the date of their injuries in which to file suit.

A Shorter Time Than You Think

This may seem like a fairly long expanse of time – but in reality, unless you file suit almost immediately, you stand a good chance of missing the proverbial window. Florida has several pre-suit requirements for medical malpractice claims, including submitting an affidavit from a medical professional that confirms the claim is legitimate, and between those and the required discovery process, that 2 years can disappear before you know it.

While the 2-year statute of limitations will control the majority of medical malpractice cases, there are a couple of exceptions that can extend the deadline up to 5 more years. The two major situations in which a person may wind up having more time to file are (1) if the medical professional engaged in “intentional fraud or concealment” of their actions; or (2) if the suit is being filed on behalf of a child under the age of 8. Children do not often manifest symptoms of an injury until much later in their development, so it makes sense to allow their cause of action to be filed later.

With regard to intentional malice or fraud on the part of the medical professional, the statute of limitations can be extended if you are able to establish that intentional malice actually existed on the part of the doctor. However, this can be difficult to show; the burden of proof is quite high, and the court will dismiss a claim that does not meet that burden. If you do succeed, be advised that the Florida statute of repose (which is not the same as the statute of limitations) sets a 7-year limit on filing suit in medical malpractice cases; in other words, 7 years from the date of the injury is the absolute outer limit in terms of time one can take to file.

If you have been injured due to the alleged negligence of a doctor or other medical professional, you need experienced legal help that can answer your questions about the process. The Orlando medical malpractice attorneys at the Hornsby Law Group have experience in this area of law, and are ready and willing to try and use it to assist you. Contact our offices today for a free consultation.