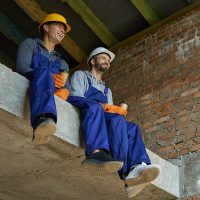 When a person is injured at work, their ability to receive workers’ compensation benefits in Florida is fairly clear-cut. However, most employers do allow breaks for their employees, and when an injury happens on lunch, or on break, that right to benefits can become much murkier. If you have been injured while ‘on a break,’ consulting an experienced attorney can help determine whether you are able to collect workers’ compensation benefits for what you have been through.

Still Within The “Course & Scope” Of Employment

As of this writing, Florida does not have its own specific law surrounding meal and rest breaks for employees, so federal law applies. Federal law states that while it is not required to grant breaks to workers, if they are granted, they must be counted as compensable work time. Lunch, conversely, is not compensable unless an employee is asked to perform ‘work tasks.’ Breaks are generally seen as compensable because they are short and it is unlikely that a worker would go far enough afield to be out of their employer’s control.

In general, any injury that happens while the employee is on a break will usually be compensable because the employer still has control, so to speak. Injuries that occur during the ‘course and scope’ of one’s employment are compensable, and most employees on break are still acting within their employment if they are taking a rest specifically sanctioned by their employer.

Depending on your employer, you may encounter resistance when trying to claim workers’ compensation benefits for an injury that occurred on break. As one might imagine, an injury that happens during an un-sanctioned break will not be compensable, because choosing to stop working without your employer’s permission puts an employee fairly firmly outside the ‘scope’ of their employment. Or, conversely, they may argue that you left their control for long enough that you stopped acting as an employee temporarily.

Keep in mind that in most cases, injuries that occur on lunch are generally not going to be compensable if it was a ‘bona fide’ meal period (meaning that it was a meal period where you were not asked to perform any kind of work task). Meal periods, if granted, are intended to be off the clock; an injury sustained off the clock is not compensable by the workers’ compensation laws designed to protect workers while on the job.