Injuries On Break: Am I Covered? 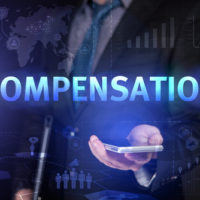 While it is not strictly required by Florida law, most employers grant their employees a lunch hour (or half hour) and a break or two during the work day. However, if an employee is injured during any of these breaks, there is some debate on whether they are covered by workers’ compensation insurance. The answer is, as always, that it depends on the specifics of the situation. If you have been injured, educating yourself on the law is always a good idea.

While the law on this issue is somewhat unsettled, the general crux of the matter is that a worker has to be acting within the “course and scope of employment” in order for their injury to be compensatable. The meaning of that term has been debated endlessly, but it is at least generally possible to determine what it is not – namely, if someone is on an unpaid lunch break that occurs off the work premises, any injury they sustain will almost certainly not be covered. However, if they are still on the premises, or the break is a ‘rest’ break rather than lunch, it is possible that the injury could still be compensatable.

Rest breaks are in a slightly different legal area than a lunch break, mostly because they are so short that an employee almost always must remain on the premises, which in turn raises the likelihood of an injury being covered by workers’ compensation. Case law exists in Florida that states that if an employee is attending to their own “personal comfort,” such as using the restroom or having a cigarette, a foreseeable injury may be covered, because the worker is still (at least in theory) under the employer’s aegis and on their property. This is not necessarily the case on lunch, which is a longer period of time and the worker may use that time to leave the property.

While the general rule has case precedent to back it up, there are some exceptions, especially when dealing with accidents that occur on a lunch break. The key factor is whether or not someone is under their employer’s control, or acting on their employer’s behalf, when the accident occurs. For example, if an employee is off the premises on an errand for the employer, any injury would likely be covered under workers’ compensation (if it was not compensatable by a third-party claim, as something like an auto accident would be). The rationale is that the employee would likely not be in that situation if not at the employer’s behest.

While Florida case precedent gives a lot of clues as to what will be covered and what will not, an ultimate determination is always made based on the specific facts of your individual case. To ensure that you have the best chance of being successful in your claim, contacting an attorney may be a good idea. The Orlando workers compensation lawyers at the Hornsby Law Group can help answer any questions you may have, and try to guide you through what can be a complex process. Call us today to schedule an initial consultation.