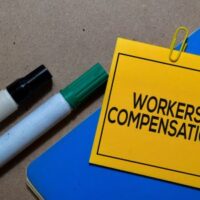 You May File Suit (Except In An Auto Accident)

Generally, an employee waives any right to file suit against their employer (except in rare situations) in exchange for the promise of workers’ compensation coverage for any injuries they incur on the job. However, if the employee is injured while on the clock by the negligence of another person, they are not barred from filing suit against that third party. Florida law allows such a suit to go forward just like any other personal injury (or wrongful death) lawsuit would progress.

That said, it is worth noting that if you have been injured specifically in an automobile accident, you will generally have to pursue a claim under Florida’s no-fault auto insurance system (rather than filing suit) unless your injuries are severe. Florida law requires that every driver carry at least $10,000 in personal injury protection (PIP) coverage and $10,000 in property damage liability coverage, and if you are injured in a car accident, you must seek to have your medical bills covered in that way.

Employer Subrogation Is A Possibility

If you have been injured in an accident with a third party while on the clock, you are (at least in theory) able to both collect workers’ compensation benefits and any damages awarded to you in your personal injury suit. However, since the law does not want any individual to receive two awards when one is appropriate, there are provisions allowing your employer to have what is known as a workers’ compensation lien on any jury award you receive. Without workers’ compensation liens, an injured employee might recover double what they are entitled to, which is not an optimal legal outcome.

Sometimes, an employer will waive their lien, particularly if the amounts at issue are relatively small. However, if they decline to do that, a formula known as the Manfredo formula is used to help determine the employee’s net recovery after they reimburse their employer for the expenses they may have incurred in paying for medical care. Either way, having an experienced attorney working on your case is very necessary, as these calculations can become extremely complex.

Being in an automobile accident is a difficult thing to go through, but if it happens on the clock, there can be a whole host of potential problems that someone on their own time may not experience. If you have been involved in a third-party auto accident and have questions about how to move forward, the Orlando workers’ compensation attorneys at the Hornsby Law Group can try to advise you on what to do next. Contact our offices today for a free consultation.