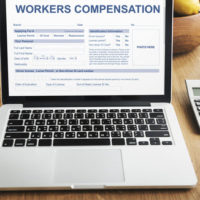 It might seem impossible that an employee could be compensated for an injury that occurs on the job if the cause is unknown. However, in some situations, Florida workers’ compensation law does allow this, as long as the employee can show that their employment was the major contributing cause of the injury. If you have been injured on the job and have no memory of the incident, or cannot accurately describe what happened, you may not necessarily be out of luck.

Florida workers’ compensation law hinges on the idea of major contributing cause. The relevant statute defines ‘major contributing cause’ as the cause that is more than 50 percent responsible for the injury, “as opposed to all other potential causes for which treatment is sought.” So, for example, if a person is injured at work when they fall off a ladder, causing nerve damage in their back, the employee would have to show that they had no prior nerve damage, or any other condition that would have made them more likely to fall. If they do have any kind of preexisting condition, things can become complex.

Major contributing cause can only be determined definitively by a physician, though sometimes one physician’s determination may be inconclusive. This most often happens when there is the likelihood of a potential competing cause, though there are other reasons. When there is an issue of a potential competing cause, an independent medical examination may be required, in addition to the relevant medical records from any previous treating doctor.

While workers’ compensation does cover the strong majority of injuries sustained on the job, if there is another cause that could play a significant role, Florida courts have held that the burden is on the plaintiff to show that the injury was job-related, rather than related to a past condition or episode. If an employee has a previously established condition, case law does require that the employee be the one to establish that their injury was due specifically to a condition they experienced on the job, rather than to something that might have been experienced anywhere. If an employee experiences, for example, dizziness or nausea which causes them to not be able to perform their job, but only experiences it on the job, there is at least circumstantial evidence that the condition is related to their employment, rather than any outside factor.

Despite this, Florida case law does state that if a competing cause for the injury is not established, it will generally be accepted (except in rare circumstances) that the injury is employment based. The system is simply not set up to deny compensation to an injured person without sufficient evidence, at least not in this regard – to do so effectively undermines the workers’ compensation system.

Obtaining workers’ compensation benefits can be difficult, simply because there are many different criteria that must be established. However, the process can seem less frightening with an experienced attorney on your side. The dedicated Orlando workers’ compensation lawyers at the Hornsby Law Group can sit down with you and try to explain the process, as well as answer any questions you might have. Contact us today.