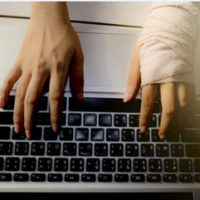 For roughly the last decade, the rise of the so-called ‘gig economy’ has placed more and more workers in the position of not technically being employees, but rather being classified as independent contractors. Sometimes, however, employers will do this either mistakenly, or in a deliberate effort to try and avoid payroll taxes and paying workers’ compensation claims. It is critical that you understand your status on the job, so that you are not faced with an unwelcome surprise if you are injured at work one day.

Control Is The Key

When determining whether someone should properly be classified as an employee or an independent contractor, control is the primary element to look for – more particularly, the amount of control (or lack thereof) that an employer has over the person in question. Florida law specifies six different factors, four of which must be met in non-construction industries, for someone to be classified as an independent contractor. They are:

If you do not meet at least four of these (or all six, if you work in construction), you are generally considered an employee under Florida law. If you are an employee, you are eligible for benefits like paid time off and workers’ compensation. If you are denied workers’ compensation because you are classified as an independent contractor, or because your employer refuses to honor your claim, you may have other options.

The standard of proof to hold an employer liable is fairly high, but not impossible to reach. You must be able to demonstrate that they breached the duty to exercise reasonable care with regard to their workers, and that their breach of duty was the direct cause of the harm you suffered. If an employee tries to sue their employer, they must be able to demonstrate either malice on the part of the employer, or that the employer showed reckless indifference to their workers’ safety. However, since an independent contractor is not bound by the same rules, only a regular standard of proof applies, which can make it easier to prevail in court.

Misclassification is against the law, but even if you are truly an independent contractor, you are not without options if you are injured on the job. Contacting an Orlando workers’ compensation lawyer at the Hornsby Law Group can help you determine how best to proceed with your claim, so that you stand the best chance of receiving the compensation you need to get back on your feet. Call our office today to schedule an appointment.