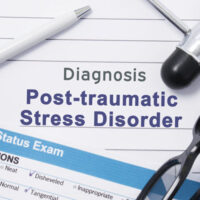 In late May 2022, Florida’s governor signed a bill that will alter the time frame in which a first responder might make a workers’ compensation claim based on posttraumatic stress disorder (PTSD). It passed with bipartisan support, and will take effect July 1. Essentially, a first responder must file a claim for PTSD benefits by the time of diagnosis, rather than by the time the disorder manifests.

Prior to this law coming into being, people who believed they had contracted PTSD as a result of their work would have to report their condition within 30 days of its manifestation (given that PTSD is a long-term condition, rather than an isolated injury; if someone, for example, breaks their arm at work, they must report the injury within 30 days of its occurrence). However, from the beginning, there were problems with this state of affairs, not least of all that PTSD may only manifest months or even years after a traumatic event.

In addition, posttraumatic stress disorder is a condition that may be difficult to diagnose, even for a medical professional. Many people who have suffered posttraumatic stress do not seek help for it, thinking that it can be beaten by simple strength of will, and even when they seek help, the required symptoms may not appear at the point where a doctor would need them to make the diagnosis. Changing the law so that someone may wait until they have a diagnosis to seek benefits will make things much easier for more people who do not deserve to suffer.

The Average Worker Has Fewer Options

It is worth noting that if you are diagnosed with PTSD, you are protected under the Americans With Disabilities Act (ADA) from harassment or discrimination on the basis of disability. In addition, you may qualify to receive reasonable accommodations to help you perform your job properly. You may not be entitled to workers’ compensation benefits in Florida unless you are a first responder, but you have the right to do your job free of harassment or manifestly inequitable treatment.

Post-traumatic stress disorder is becoming more and more common in our turbulent times. While Florida first responders now have more time to properly establish their claim before submitting, the average worker has far fewer options if they have suffered psychologically. If you have questions or concerns about workers’ compensation and PTSD, an Orlando workers’ compensation attorney from the Hornsby Law Group can offer compassionate representation at a time when life can feel frightening. Contact our office today for a free consultation.