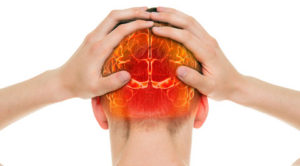 Traumatic brain injuries are a common cause of disability and death in every state, with as many as 1.7 million occurring each year. Many are caused by the negligence of other people. If you or a loved one is unfortunate enough to suffer one, you may be able to seek compensation, with the right help behind you.

The Center for Disease Control (CDC) cites data from the mid-2000s that shows as many as 52,000 deaths in that time from brain injuries caused by trauma, with as many as 1.4 million visits to the emergency room resulting. A significant portion of these are sustained by young children and elderly people, but across the board, TBIs affect all age groups. The rate, however, is consistently higher across the board for men.

It can sometimes be difficult to tell whether you have sustained a TBI or a different type of head injury, especially if the trauma in question was less violent than one might anticipate causing such an injury. Symptoms do tend to occur in similar ways, though, so looking at a list may shed some light. Common symptoms include:

If you have sustained a TBI due to someone else’s negligence, it is important to keep in mind that misinformation about the condition is extremely common, and sometimes, these misconceptions may be used against you. For example, one common myth about TBIs is that one must have lost consciousness in order to experience one. This is simply not medically accurate – but insurance companies have been known to use such myths against claimants.

In bringing suit, you must prove the standard requirements of a negligence suit – namely, the existence of a duty of care, a breach of that duty, and a showing that you suffered actual harm as a direct result of the defendant’s conduct. You may be found to be partly liable, but Florida’s negligence law operates under the doctrine of comparative fault, meaning that unless you are found to be more than 50 percent at fault, you will still recover.

Traumatic brain injuries can last a lifetime, and if someone else has caused yours through their negligence, seeking compensation can be the difference between not getting your needs met and merely surviving. Consulting an experienced Orlando brain injury attorney can help simplify the process. Contact the knowledgeable brain injury lawyers at the Hornsby Law Group to set up an initial appointment.