Pedestrian Fatalities Up In Florida 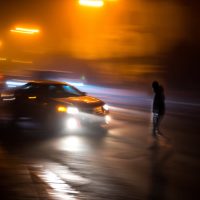 In June 2022, traffic accident and fatality statistics were released for the year 2021, showing that in Florida, pedestrian deaths rose significantly for a second year in a row. The data collected by the Governors’ Highway Safety Administration (GHSA) stated that 899 pedestrians died in road accidents in 2021, which amounts to approximately 12 percent of the nationwide total. What this means for Florida pedestrians is to be particularly aware of one’s surroundings when on the road.

In general, nationwide numbers of pedestrian fatalities were up in 2020, with the GHSA stating the totals were the highest single-year totals in four decades. Florida’s totals constituted a roughly 25 percent increase from 2020, where 716 were killed in road accidents. This is in spite of 2020 being the height of the pandemic, where a majority of individuals were staying home more often and fewer vehicles were on the road.

That said, Florida has a history of high pedestrian fatality rates, with particular criticism levied at many of the state’s metropolitan areas. The think tank Smart Growth America has consistently named Florida cities like Daytona Beach, Tampa, and Jacksonville as some of the most dangerous places for pedestrians in the entire country, citing a lack of pedestrian infrastructure and high speed limits. Because of these factors (and others), pedestrians are more likely to die in accidents involving vehicles in Florida than in many other states.

If You Have Been Injured

While both pedestrians and users of motor vehicles have rights and responsibilities on the road, it is common for motor vehicles to either fail to share the road, or to simply not be aware of a pedestrian’s presence. A motorist must exercise reasonable care toward all road users, not only those in vehicles – and if you are able to show that their actions were the direct cause of your injuries, you can generally recover compensation.

Some pedestrians fail to pursue compensation after an accident because they fear that they might have been at fault. However, Florida law has a doctrine called comparative fault, which means that an injured person may still be able to recover compensation even if they were partially at fault. They simply cannot recover for their portion – for example, if the injured plaintiff is held to have been 20 percent at fault for the accident, they could still, in theory, recover 80 percent of their damages.

Pedestrians are at a distinct disadvantage when trying to share the road with motor vehicles, and unfortunately, many pay the price. If you have been injured due to the negligence of a vehicle driver, calling an Orlando personal injury attorney from the Hornsby Law Group can help you understand your options. Contact our office today at (407) 499-8887 for a free consultation.