What Is Impairment Rating? 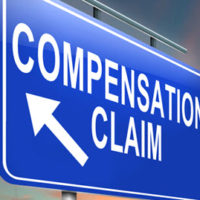 In workers’ compensation law, every worker who is injured or contracts an illness on the job must be assessed by a medical professional in order to tell just how extensive the injury or illness is. This is called an impairment rating, which is not the same as a disability rating. It is critical to understand impairment rating, so that you can accurately understand the state’s disposition of your case.

When a claim is adjudicated, the worker involved is classified as disabled to a certain degree, based on how well they can move and work. Permanent or temporary, partial or total disability is assessed in order to arrive at an amount of income that is due to the worker. During the time that the income is being paid, the worker is meant to be healing and recovering as much as possible, and getting to their maximum medical improvement. Upon reaching that status, a three-judge panel assesses an impairment rating, after which benefits may or may not still be payable.

Impairment Rating Can Be Arbitrary

One important thing to keep in mind is that impairment rating is, at its heart, somewhat arbitrary, and may not always be a reflection of a worker’s ability to resume working at any job. Impairment rating is calculated based on specific points in the established system, even when these may not reflect reality. For example, someone may be assigned a relatively low impairment rating because their lingering physical injuries are minor – but in reality, they may have developed a mental illness or trauma-related condition, such as posttraumatic stress disorder (PTSD) which affects their ability to work, which would not be reflected in the rating, or might be reflected to a very limited degree.

As one might imagine, this can be a significant problem for people who have been affected both physically and mentally. In Florida, up until very recently, even first responders were not able to obtain benefits for PTSD at all (though a law was recently passed to provide benefits for the time first responders are off work, as well as more treatments being covered). It may be necessary for you or your loved ones to seek legal assistance to ensure that your impairment rating accurately affects your reality.

Workers’ compensation is designed to ensure people are able to not worry about bills and general survival while they recover from significant injury. However, impairment rating and bureaucracy can place that outcome in jeopardy. The Orlando workers’ compensation attorneys at the Hornsby Law Group can work with you to try and ensure that your interests are represented. Contact us today to set up an appointment.