Why Can’t I Sue My Employer For A Work Injury? 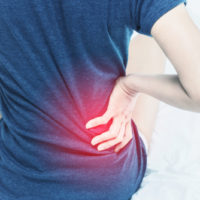 If someone is injured, their natural instinct might be to try and sue the person on whose premises the accident occurred, or the person whose agent might have caused your injury, if not themselves. However, this is not possible when you are injured on the job, except for in rare cases, which are more the exception than the rule. If you are injured on the job, your remedy generally lies in Florida’s workers’ compensation program, but in exceptional circumstances, your employer may be yet on the proverbial hook.

A System Based On Trade-Offs

Generally, a person cannot sue their employer when they are injured at work because that is the trade-off one makes in order to receive workers’ compensation coverage to begin with. It would be inequitable to make an employer pay for workers’ compensation while also being open to lawsuits over the injuries their employees incur – in other words, employees might conceivably profit twice from the same injury if lawsuits were permitted. Also, employers might simply not have the money to pay medical bills if they were sued with regularity.

However, this rationale is also why exceptions to the rule actually exist. If an employer acts in bad faith to somehow deny an injured employee coverage when they should receive it, for example, sometimes that act will be enough to merit a lawsuit (though the ultimate decision depends on the specific facts in any case). This is because no trade-off has actually occurred if sufficient workers’ compensation coverage has been unfairly withheld. Thus, both Florida law and public policy will sometimes allow suits in such a situation.

Generally, there are two large categories of situations in which an employee may be allowed to bring suit over a work-related injury. The first is if your employer does not have workers’ compensation insurance. Florida law does require that employers carry coverage, with rare exceptions, and if yours does not, you may usually sue in civil court to seek compensation for your injuries, but you may also report them to the relevant state authorities for not complying with state law.

The second situation in which an employee can usually sue over an on-the-job injury is when your employer either perpetrates or condones a tort being perpetrated against you. The standard for this type of claim is extremely high, to ensure that this is not being abused, but if you are able to prove that the criteria for an intentional tort like fraud, assault, battery or false imprisonment, the resulting decision in court can yield significant restitution. Either intentional or egregiously negligent conduct might fit the requisite mental state you would need to attempt to sue in civil court.

Because the system relies so heavily on quid pro quo, an employer refusing to cover an employee’s bills for an on-the-job injury merits special consequences. Contacting an Orlando workers’ compensation attorney can help you decide what options to pursue and get some of your questions answered. Call the Hornsby Law Group today to set up an appointment.