I Was A Malpractice Victim…What Now? 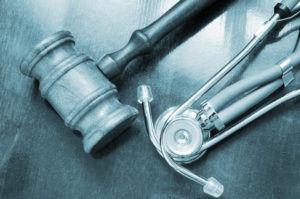 While medical professionals are human, some mistakes are more forgivable than others in terms of diagnosis (or lack thereof). While not every medical mistake rises to the level of malpractice, many do, and if your doctor does not treat you according to the prevailing standard of care, you may have a case for damages. However, the process for mounting a claim in Florida can be very difficult without knowledgeable representation.

The Medical Malpractice Climate in Florida

Florida has a reputation as one of the most difficult states in the U.S. in which to mount a successful medical malpractice case, and this is largely due to the power of the state’s medical lobby. Given the amount of lobbying done on behalf of medical professionals within the state, it has grown steadily more and more difficult for laymen to bring suit against doctors and hospitals in recent years. For example, in 2013, standards for expert witnesses were changed to require standing as a healthcare professional who practices the “same or a similar discipline.” This is difficult to find – understandably, most practitioners do not wish to testify against someone they may work with or have connections to in the future. Most states do not require such specificity.

Recent available data from the American Society for Healthcare Risk Management (ASHRM) and Aon Risk Solutions indicate that the cost of settling or defending medical malpractice claims in Florida is almost three times higher than the national average. This does not indicate a good healthcare culture for either patients or doctors; with costs so high, fewer medical professionals generally decide to set up shop in the area, which can raise prices for patients and for the doctors already practicing, since their specialty may wind up at a premium. Between scarcity and litigiousness, Florida is generally a tough state in which to mount a medical malpractice suit, but it is also a tough state in which to defend one.

To bring suit against a medical professional in Florida, there are several criteria that must be met, with one of the most important being that your suit must be filed before the statute of limitations expires. For medical malpractice, the deadline is two years from the date of the injury, or from the date the patient should have known there was an injury. This is a surprisingly short amount of time, especially if compared to other causes of action where the statute can be as long as seven years.

While the statute of limitations is important, your suit cannot be filed in Florida without an affidavit from a medical professional who practices in the same or a similar field. This measure is ostensibly to weed out frivolous lawsuits, but in reality it cuts down on the ability of the average person to bring a lawsuit, because such an affidavit is not easy to get. Even after an affidavit is obtained, you must file a Notice of Intent to Litigate and send it to the defendant insurance company and doctor, and during the next 90 days, they are permitted to seek an affidavit arguing in favor of summary judgment.

Because there are so many different hurdles to jump in filing a Florida medical malpractice lawsuit, it is generally a good idea to have a knowledgeable attorney on your side from the beginning. The Winter Park medical malpractice attorneys at the Hornsby Law Group can meet with you and give you an honest assessment of your case’s potential. Call us today at 407-871-6375 to set up an initial consultation.