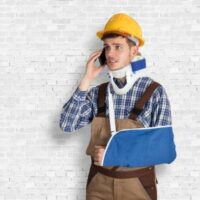 If you are injured while on the job, you generally have the right to seek workers’ compensation benefits (provided that your employer carries the appropriate coverage). However, the picture can become more complex if you are injured due to the negligence of a third party – that is, someone who is not a co-worker or otherwise affiliated with your employer. Normally, benefits are paid to an injured worker by their employer’s insurance carrier – but if a third party is involved, the insurance carrier may then acquire what are called subrogation rights.

Normally, when an employee is brought on at a new company, the conditions of their employment honor what is known as Florida’s “exclusive remedy” provision. In general, an employee gives up the right to file suit against their employer if they get hurt (though there are rare exceptions), while in return, the employer agrees to provide workers’ compensation benefits, regardless of fault. Then, if the employee gets hurt at work, they simply file a claim for benefits – and will generally receive them, though not all claims are approved.

Sometimes, a third party can become involved in a work injury – the most common example is when a delivery driver is involved in an accident while on the clock; the driver who caused the accident is a “third party” who can, at least in theory, be sued for their negligence in causing the crash. Florida law allows an injured employee to receive workers’ compensation benefits and pursue legal action against an allegedly negligent third party, despite it potentially leading to a windfall. However, depending on the timing of when various benefits are paid, the workers’ compensation carrier may step in.

The Insurer Has Rights

Despite the fact that state law allows an injured worker to seek both benefits and a jury award, it is rare that the end result is anything more than the amounts needed to make the worker whole – that is, paying their medical bills and lost wages, among other expenses. The reason for this is because depending on the timing involved, the employer’s workers’ compensation insurance carrier may decide to step in. In Florida, the injured worker has the right to file suit against the negligent third party – but if they do not do so after 1 year, the insurance carrier has the right to jump ahead in line, so to speak, provided notice is given to the worker.

This can seem confusing, but the important part of these requirements is that if the injured worker does not file suit against the person who allegedly caused their accident, the insurer will do so, because they want to try and recoup any money they paid out in benefits. The injured worker gets first crack, so to speak, because of the “made whole” doctrine – after an accident, the victim has the right to be “made whole” before other actors (insurers) can recover. But if the injured worker does not even try to recover, the insurance carrier has the right to do so.

If a worker is injured on the job due to the negligence of a third party, they have the right to seek workers’ compensation benefits. They also have the right to file suit against the third party – but if they do, they need to be aware that their employer’s insurance carrier has subrogation rights to any award they receive. If you have questions or concerns about how best to handle your accident case, an Orlando workers’ compensation attorney from the Hornsby Law Group may be able to get them answered. Contact us today at (407) 499-8887 for a free consultation.