The Doctrine Of Major Contributing Cause in Workers’ Compensation 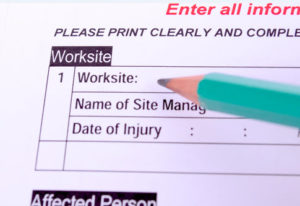 One of the first questions you will be asked if you file for workers’ compensation is whether you have any pre-existing conditions. If you do, you must be prepared to prove that your work injury is the major contributing cause of more than 50 percent of your current pain and suffering – in other words, at least 51 percent. This is important to understand – if it is held that your work injury is responsible for only 49 or 50 percent of your current state, your claim will be denied.

One major point to remember is that when dealing with insurance companies, very often, the issue of major contributing cause is used to deny your claim, as a pretext to weed out ‘weak’ claims. This will be less of an issue if the medical evidence backs up your claims, rather than having to rely on testimony and/or anecdotal evidence. However, if you have had your pre-existing condition thoroughly evaluated, or if you have applied for benefits because of it, it tends to make finding the major contributing cause easier because all the medical evidence is readily to hand.

One common method used to overcome some denials, or to head off denials at the proverbial pass, is to challenge a doctor’s reading of the situation under the Daubert standard. The Daubert case establishes a standard under which expert testimony, such as that of a medical professional, can be evaluated. Essentially, the case holds that expert testimony can be delivered as an opinion if “that opinion is based off sufficient facts or data,” rather than pure opinion, and those facts have been acquired and processed in a reasonable manner. If an opinion is offered as the only basis for denying your claim, a smart attorney can raise a Daubert objection.

Keep in mind, however, that sometimes a Daubert objection can backfire. In some cases, there is not a particularly accurate method of assessing disability or impairment, which means that a doctor has very little to go on except their opinion. As of this writing, Florida is considering reverting to the Frye standard in terms of evaluating expert testimony (a standard which evaluates the method used to obtain the testimony and whether or not it was accepted by most practitioners of the discipline in question), but not for workers’ compensation matters, as the Office of the Judges of Compensation Claims (OJCC) is not an Article V court – in other words, it is not in the same class as an ordinary court and uses different rules.

Workers’ compensation can be a matter of making ends meet or not, depending on the employee. If you have been denied compensation for a legitimate work injury, enlisting a knowledgeable Orlando attorney can make all the difference. The experienced Winter Park workers’ compensation attorneys at the Hornsby Law Group are ready, willing and able to assist you with your case as best we can. Contact us today to set up a free consultation.