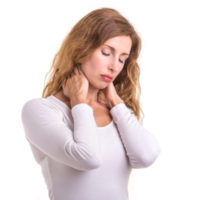 When someone is involved in an accident or is otherwise injured due to another person’s negligent behavior, one expects to see injuries like broken bones, cuts and bruises. However, it is not at all uncommon to not see any injuries at all – after events like certain types of car crashes, all a person’s injuries may be internal or of mental origin. Still, just because they are invisible does not mean that the injuries are not real and do not require medical treatment. If you have sustained internal injuries, or if you have developed a psychological condition after being injured, you are not alone, and you may be eligible for compensation.

There are two major types of injury that may not be immediately visible after an automobile accident – soft tissue injuries and psychological trauma. Soft tissue injuries include conditions like whiplash, and present with a variety of symptoms – swelling, bruising and stiffness are the most common, and they may show up in varying degrees of severity. Because of the different ways these injuries may present, however, they can be difficult to diagnose, at least until their symptoms have progressed to a worse state.

The other major type of injury that may not be readily apparent immediately after a car accident is of the psychological variety. It can seem counterintuitive, but even relatively minor accidents can lead to shock and emotional distress. More severe accidents may lead to symptoms of posttraumatic stress or even full-blown posttraumatic stress disorder (PTSD) – as many as 10 percent of accident victims will develop some form of PTSD, according to recent research. Just because these injuries are not readily apparent does not mean they are not real, but it can feel that way.

Some People Do Not Report

Despite being injured, sometimes severely, many victims do not report their accidents or harms (depending on the context) out of fear that they will be disbelieved or insulted. Work-related injuries and car accident injuries are among the most underreported, both because of worry about being disbelieved, and also because many injuries sustained in car accidents simply don’t appear immediately. For example, whiplash is arguably the most common soft-tissue injury in car accidents, and it can appear as late as 48 hours post-crash, though it usually presents itself approximately 24 hours after the accident. Still, the time in between can make some people reluctant to report it lest they be accused of faking.

While invisible injuries can feel inconsequential, very often they can lead to long-lasting mental and physical incapacity. If you have been injured and think you may have more injuries than you are aware of, consulting an experienced attorney can help put things in perspective. The Orlando car accident lawyers at the Hornsby Law Group are ready, willing and able to try and help you get the compensation you deserve. Call our office today to set up an appointment.