Is Workers’ Compensation An “Exclusive Remedy” In Florida? 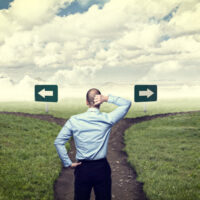 If your employer is ‘covered’ under Florida workers’ compensation law, you have the right to file a claim if you are injured on the job. However, someone who files a workers’ compensation claim does give up certain rights by doing so – namely, the right to file suit against their employer in court over the injury. This is referred to as the “exclusive remedy” provision in Florida law, and while there are rare exceptions to its provisions, it generally prohibits suit even if the accident occurred directly because of the employer’s negligence.

Intended To Make A Worker Whole

The workers’ compensation system is a no-fault way for injured employees to get their medical expenses covered after an injury at work. However, the trade-off is to give up the right to sue – the rationale is that since (at least in theory) all benefits are covered, any impetus to file suit is removed because the injured worker is (at least in theory) made whole. If a worker could collect workers’ compensation benefits and file suit, they might receive a windfall if they prevailed in court. Florida sees this as inequitable.

In reality, workers are not always made whole if they file for workers’ comp – this is particularly true in situations where it is plain that the employer was negligent. If one chooses to avail themselves of the workers’ compensation system in Florida, they are usually prohibited from seeking any kind of non-economic damages. Non-economic damages are those losses that are difficult or impossible to quantify – the most common examples are pain and suffering (explicitly held under Florida law to “be [non]-compensable”), loss of quality of life, and emotional distress.

While the strong majority of workers in Florida are covered by workers’ compensation law, and thus must go through the system, there are two major exceptions to the ‘exclusive remedy’ rule. As of this writing, no cases have qualified under either exception since the law’s reworking in 2003, but it is important to keep the exceptions in mind because your case may just qualify. The two occasions in which an injured employee may file suit against their employer are:

Being injured at work can be frightening. If your employer does not have workers’ compensation coverage, or if they have acted recklessly and played a part in your injury, you have the right to file suit against them. However, the strong majority of cases will have to file for workers’ compensation benefits, and an Orlando workers’ compensation attorney from the Hornsby Law Group can help ensure that your claim is filed correctly. Call our offices today at (407) 499-8887 for a free consultation.