My Employer Won’t Pay! What Now? 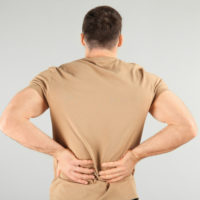 If you are injured on the job, it is generally expected that your employer will pay your medical costs under their workers’ compensation insurance coverage. However, it is sometimes not that easy – for a variety of reasons, such claims can be denied, which can leave you and your family in a very precarious position. Being familiar with the judicial claims process can sometimes help you settle the issue quicker than it might otherwise be disposed of.

Some Reasons For Denial Are Legitimate

While there will be the occasional workers’ compensation claim that is wrongfully denied, Florida law allows lawful denial of many injury claims if they do not fall into certain categories. Examples include debate over whether or not the injury happened at work (was within the scope of employment), whether the injury was reported appropriately and promptly, and whether or not the injury is severe enough to merit workers’ compensation coverage. Not every claim is simply approved, obviously, and sometimes, an on-the-job injury simply does not rise to the level that is necessary to merit coverage.

Generally, an insurance company has 120 days from the date the injury is reported in which to deny the claim – if they do not, it is reasonable to assume it will be approved. If it is denied and you disagree with the reasoning, however, there is a process to attempt to have the denial reviewed judicially. A petition must be filed with the Office of the Judges of Compensation Claims (OJCC), after which the insurer has 14 days to either pay the claim or respond to the petition.

The Office of the Judges of Compensation Claims is the first step for someone who believes they are being unfairly denied the workers’ compensation they need. Assuming the insurer has not agreed to pay the claim, mediation is the next step, and it will be held under the aegis of the OJCC within 130 days of the petition being filed. Mediation has a reasonably high success rate in terms of settling issues, but even if it is unsuccessful, it is possible to have a hearing on the matter.

An OJCC hearing begins with a pre-trial conference, and then a final hearing is held within 90 days of that conference. It is not easy to succeed in an appeal before the OJCC, but the rewards are generally worth it if you are able to succeed in proving injury. You may wind up receiving compensation plus attorney’s fees, if the judge feels the insurer or your employer acted egregiously. In extreme situations, you also may be able to appeal to the First District Court for reconsideration, as long as you do so within 30 days of the judge’s order.

If you are injured on the job, all you want in most cases is the compensation you need to stay on your feet. If you believe you have been unfairly denied that, consulting an attorney should be your next step. The Orlando workers’ compensation attorneys at the Hornsby Law Group can sit down with you and try to answer any questions you may have. Call our office today to set up an appointment.